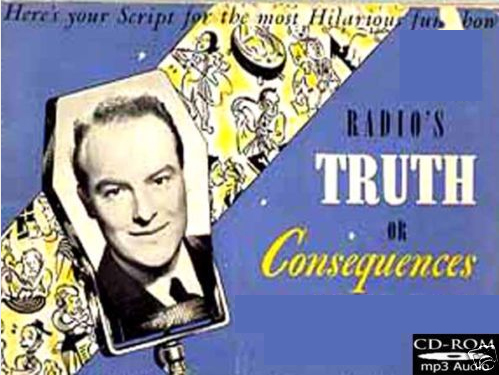 "Hello There, We've Been Waiting for You!"

As the radio show's tenth anniversary approached, Edwards asked his staff for ideas on how to celebrate the occasion. Al Simon had this suggestion: "Why not find a town or city somewhere in America that would be willing to change its name to that of the show, and do the anniversary broadcast from that city?"

The word went out. A number of cities responded. But one stood out from the rest: Hot Springs, New Mexico.

Why? Because it seemed to embody the same philosophy as Ralph Edwards and his show...namely, "A real friendliness for people and a desire to help mankind." The city had the means to carry out this creed due to numerous local resources: its healing hot springs, the Carrie Tingley Hospital for Crippled Children, a pleasant climate, a near proximity to Elephant Butte Lake, and the genuine western hospitality of the people.

Subsequent developments occurred rapid-fire. Ed Bailey, the show's producer, visited Hot Springs to work out the details with the town's mayor, the manager of the Chamber of Commerce, and others. A special election was held on March 31, 1950, and the citizens voted 1294 to 295 in favor of the name change. 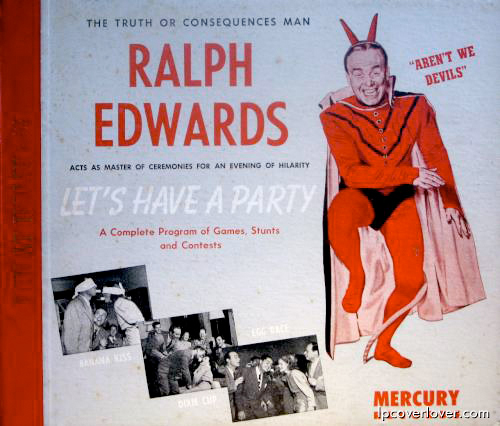 The very next day, on April 1, 1950, Ralph Edwards flew in with his wife Barbara, members of his staff, and press crews to conduct the 10 year anniversary broadcast of the game show "Truth or Consequences" from the City of Truth or Consequences. The event and the city received an avalanche of nationwide publicity. Since the event occurred on April Fool's Day, many assumed it was a practical joke!

Since the first celebration, an annual observance known as Truth or Consequences Fiesta has been held in Truth or Consequences (known to locals as T or C ). Edwards promised to come back for the first Fiesta but ended up returning year after year. To help celebrate the occasion, Ralph and Barbara Edwards also brought Hollywood stars with them as their guests. Hence each FIESTA offered an exciting lineup of Hollywood talent including Richard Dawson, James Drury, Jayne Mansfield, Denver Pyle, Anne B. Davis, Amanda Blake, Jamie Farr, Jeannie C. Riley, and Peter Blake.

Ralph Edwards died in November of 2005, but his spirit lives on as TorC celebrates "Ralph Edwards Day" every April 1st, and continues to hold its annual Fiesta the first weekend in May.

Much of the information above was found in "Fiesta Memories: Truth or Consequences New Mexico, 1950-1992, A Ride Through Our Past," edited by Charlotte Bacon with caricatures by Patrick Trujillo. 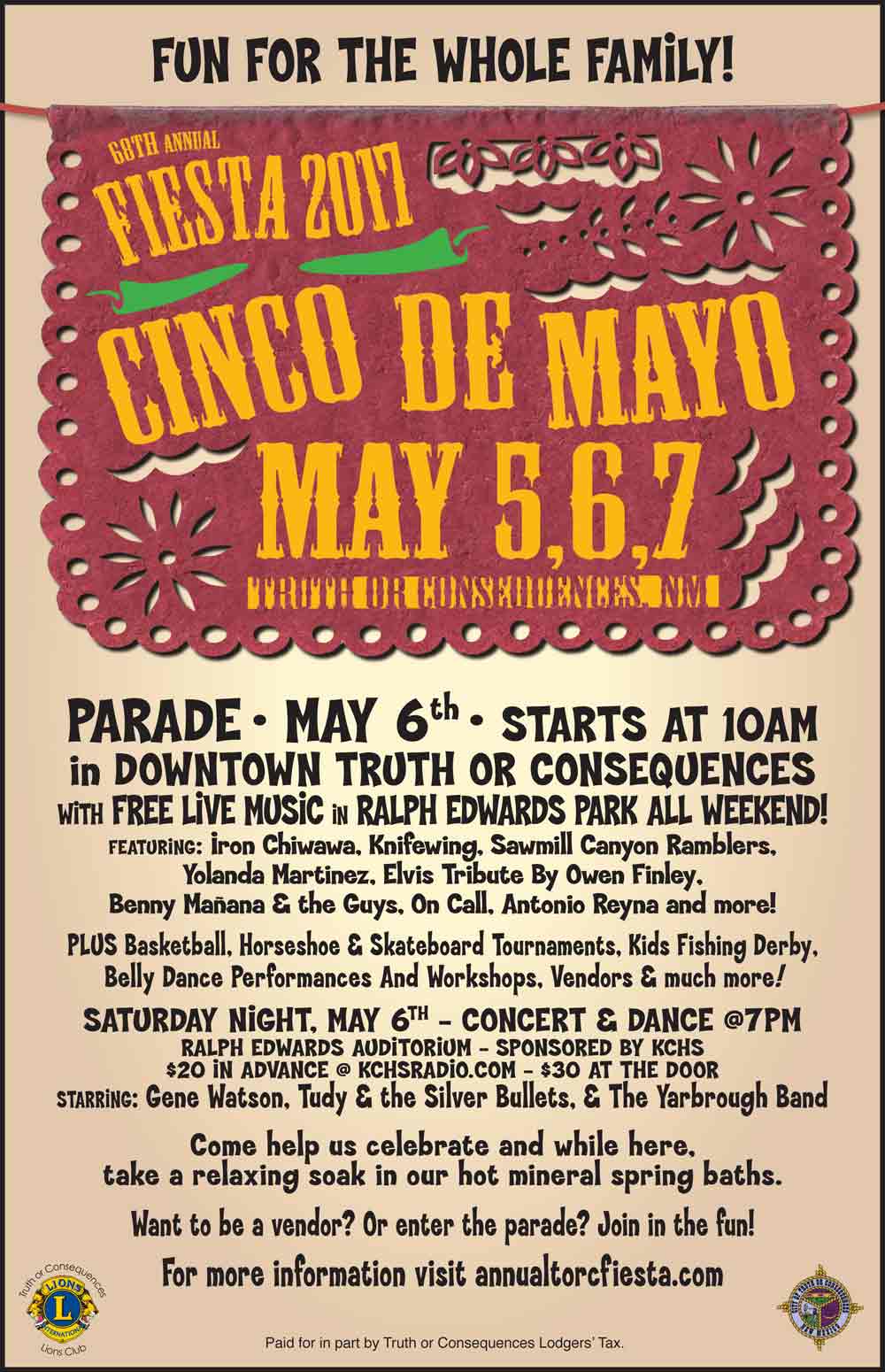 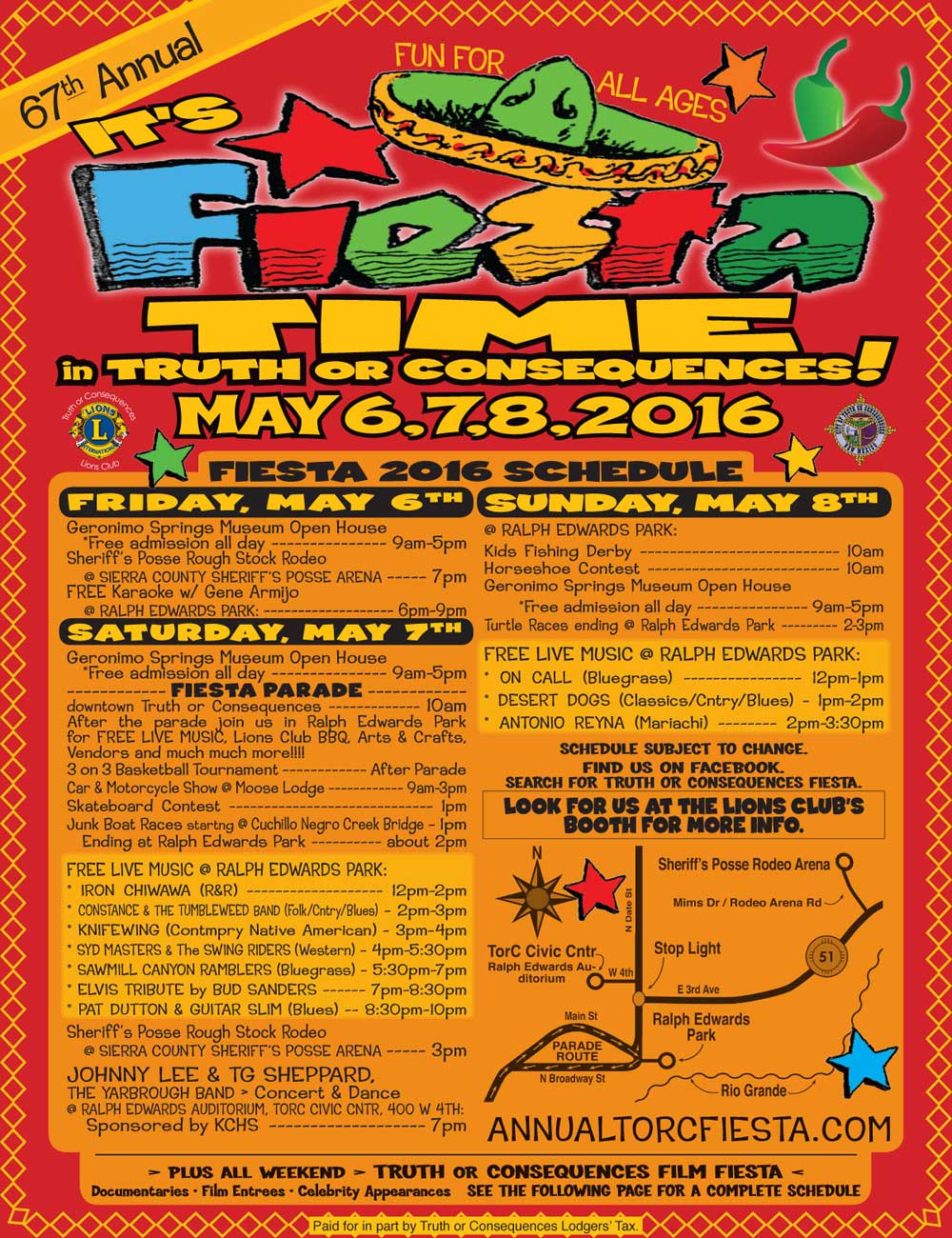 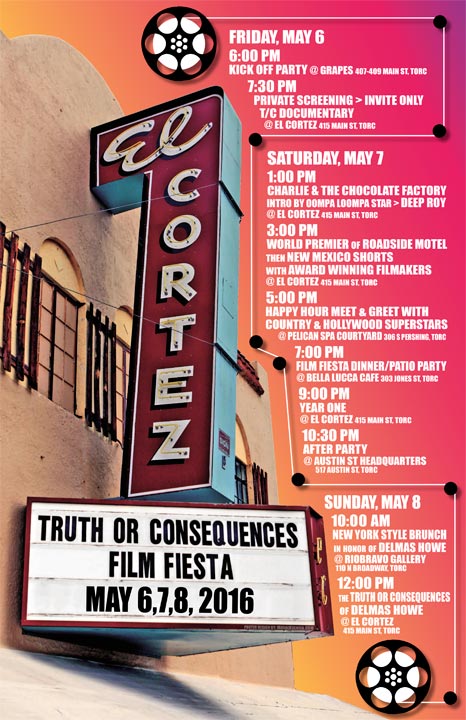 Lords & Ladies descended on Truth or Consequences during Fiesta weekend 2011.

Locals really got into character for this one - James Cagney, Burt Reynolds, Elizabeth Taylor, Oscar, and even Popeye were on hand in 2010, when Fiesta paid tribute to Tinsel Town.

2009's theme was most timely since T or C was celebrating SIXTY years of Truth or Consequences Fiesta!

Floats, costumes and events all paid tribute to the decade that brought us everything from bellbottoms to Civil Rights.

The 2008 Fiesta was all about Reducing, Reusing, and Recycling. The theme resulted in some terrific recycled costumes and floats, a focus on innovators in sustainability, and fundraising through recycling. Fiesta's planners adopted environmentally-friendly practices that will continue to be utilized for many Fiestas to come! 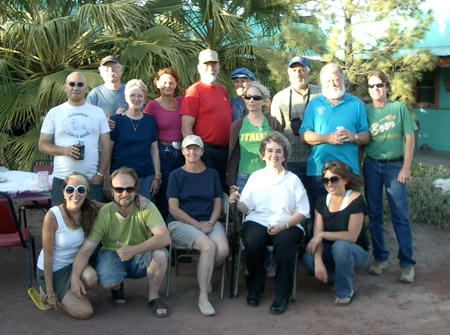 In 2007, floats and costumes depicted favorite super heroes, historical characters, stars of pop culture, and those not as often in the public eye: family members, teachers, health care professionals, and the many who've served our country in the military. 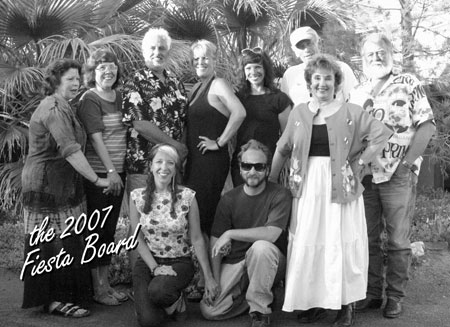 This theme was chosen due to the development of the Spaceport and the excitement generated by the X Prize Cup. The coming of such highly advanced technology and space commercialism to the deserts of New Mexico caused many of us to contemplate how our daily lives would be affected. Therefore it seemed only appropriate that we utilize the 2006 Truth or Consequences Fiesta to creatively celebrate and explore the many possibilities that this new space age might bring. 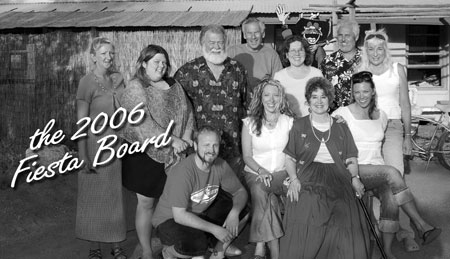